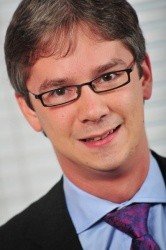 Phillip is a specialist civil practitioner who brings his personable and knowledgeable approach to a practice that includes chancery, commercial, personal injury, administrative, employment and common law work.  He is recommended in both the Chambers & Partners and Legal 500 guides.

Chambers UK 2022 guide reports Phillip is a Chancery and Comercial practitioner who is particularly adept at property litigation, including bounday disputes, as well as contentious trusts and Inheritance Act matters.  His commercial practice includes contractual claims and insolvency disputes: They list his Strengths: "He is very pleasant and measured with witnesses."  "He is approachable and great to work with."

Previous editions had reported that he "He is very knowledgeable, personable and has a good way about him in Court."  He is very client-friendly and deals with things in a timely manner."  "He is excellent. He is a very good operator and a very safe pair of hands" and is a "good all-rounder and a reliable advocate."   They also said: "He's good on his feet and a good cross-examiner. He's thorough and he knows the papers well, so he doesn't let people off the hook."  He has been described as "bright" and "able" in the Legal 500 Guide, in which he is currently recommended as a leading junior in employment cases, and for construction, planning and environment matters. The 2018 edition highlights his "expertise in village green inquiries."

His work encompasses all aspects of chancery law including property, boundary and rights of way disputes in civil courts and in HM Land Registry Adjudications, and trusts, probate and Inheritance Act matters. Phillip also handles commercial and common law work including contract claims, building disputes, business tenancy renewals, and insolvency matters. His personal injury work involves fast track and multi track claims for claimants and defendants in matters such as road traffic accidents, including those where fraud is alleged, highway tripping claims and occupiers’ liability proceedings.

Phillip is also regularly instructed to handle employment cases where he is recommended in the Legal 500, in which he was described as "an effective advocate who deals with a range of issues, including redundancy, unpaid wages and TUPE.” He appears for both claimants and respondents in the Employment Tribunal and Employment Appeal Tribunal.

In the field of administrative law, his work includes judicial review matters acting for both claimants and defendants, particularly in the field of education law, and also in planning disputes and village green inquiries, where he has acted for applicants and objectors alike.

Some of Phillip’s notable cases in recent years include:

Phillip has also been instructed in multi-party accident claims involving damages in excess of £150,000; successfully opposed an appeal in the Court of Appeal against the making of a suspended possession order in relation to residential premises; and handled a professional negligence claim against a solicitor for failing to advise a client of a caution over a property, including succeeding at a trial on a preliminary issue concerning limitation.

Phillip is a member of the Wales Commercial Law Association. He was educated at Amman Valley School before going on to study at Jesus College, Oxford and Cardiff University. He is able to converse in Welsh.