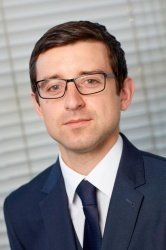 Robert joined Chambers in September 2015 following the successful completion of his pupillage.  Robert studied law at Cardiff University before undertaking an MSc at the University of Oxford.  He has been appointed to the B Panel of the Welsh Government Panel of Approved Counsel.  His appointment runs for five years from 1st March 2021.  He accepts instructions in the following practice areas:

Robert regularly advises and appears on a broad range of civil matters including contractual matters, personal injury, boundary disputes and probate.  He has conducted fast and multi-track hearings, mortgage possession hearings, bankruptcies and credit hire litigation.  He has also defended committal proceedings under the Housing Act.

In his earlier years at the Bar, Robert was appointed to the Attorney General’s Panel of ‘Junior Junior’ Counsel to the Crown and also the Welsh Government Junior Barrister Public Law Scheme, enabling him to undertake a variety of instructions in public law work.

Robert has developed a busy employment practice, regularly advising clients as well as appearing in multi-day hearings in the Employment Tribunal.  He has received instructions from individual employees and large trade unions as well as employers.  An example of matters in which he has been instructed include unfair dismissal, wrongful dismissal and discrimination pursuant to the Equality Act 2010.  He further has experience of conducting purely legal arguments before the Tribunal concerning jurisdiction and limitation,

Robert regularly appears on behalf of Local Authorities throughout Wales, primarily specialising in Deprivation of Liberty (DOLS) matters but with additional experience of Property & Affairs work.  He has experience of acting on behalf of both Applicants and Respondents in this jurisdiction.

Robert has developed a wide-ranging immigration practice, frequently appearing in the Immigration Tribunal for Appeal Hearings and Bail Applications, for either the Appellant or the Home Office.  He has experience both within the First Tier Tribunal and the Upper Tribunal.  He is fully conversant with Asylum, Human Rights and EEA applications.  Through his appointment as Junior Junior Counsel, he has also undertaken a wide variety of review work on behalf of the Home Office.

He has conducted hearings involving vulnerable witnesses and realises the particular skill-set required for an advocate when working within the immigration setting.

Prior to coming to the Bar, he worked as a paralegal for the ABMU Health Board as well as a large commercial law firm.  He also undertook a prestigious three-month internship with the United Nations in The Hague, working within the Office of the Prosecutor in the International Criminal Tribunal for the Former Yugoslavia.

He obtained a Major Benefactors Scholarship from The Middle Temple, which assisted him in undertaking the Bar Professional Training Course (‘BPTC’) at Cardiff Law School, where he achieved the highest grade of Outstanding’.

In September 2018, Robert was selected by the Inns of Court to undertake a Pegasus Scholarship in Wellington, New Zealand.  For three months he worked within the Governmental Department of Crown Law, assisting in various legal areas.  The report of his experiences can be read here.