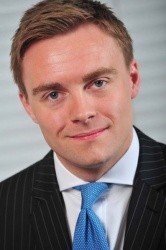 He has extensive experience in asylum and immigration appeals in both the First-Tier and Upper Tribunal. He appeared in the reported case of The Secretary of State and MAB, an Upper Tribunal deportation appeal, which can be found at [2015] UKUT 435 (IAC) . Additionally, he has Public Law experience gained in cases where he has been instructed on behalf of appellants in judicial review applications, including applications for emergency injunctions. He has also been instructed by the Secretary of State to review and draft Grounds of Appeal against Tribunal decisions. His immigration experience includes:

Rhys has experience of representing vulnerable clients, including those with learning and mental health difficulties.

Rhys also has experience in divorce and financial remedy proceedings.

A Welsh speaker, Rhys was educated at Ysgol Gyfun Aberaeron. He studied Law and Criminology at Cardiff University, followed by the Bar Professional Training Course, at Cardiff Law School. Recent articles by Rhys include: