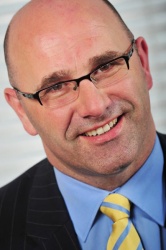 Paul is Head of Chambers at 9 Park Place and has been a specialist family law practitioner since relocating to Cardiff in 1997 from chambers in London.

Paul's most recent reported cases include Re T [2021] UKSC 35 (Appeal concerning the use of the inherent jurisdiction in relation to unregistered secure accommondation); Re K (Children) [2019] EWCA Civ 184 (Appeal in relation to findings of serious sexual abuse);  Re R (An Infant) [2016] EWFC 60 (Causation / attribution of injuries); Re L and M (Children) [2016] EWHC 39 (NAI fractures found on deceased child); Re R (Children) [2015] EWCA Civ 167 (Appeal concerning whether one of the subject children in care proceedings aged 14 years old should be permitted to give oral evidence).

Consistently recommended in the Legal 500 and Chambers UK, Paul is named as a popular choice both for divorce financial remedy matters and a wide range of private and public law children work.

He is recommended as a "Leading Silk" by The Legal 500 2021. They comment "complex care cases are the key facet of his practice."

Previous edition reports that "his broad practice includes non-accidental injuries, fabricated illness and alleged redicalisation." Previous editions have confirmed that he is "well known for his sensitive approach to delicate family matters," "a family law specialist with vast experience in difficult and sensitive cases" and that he is "extremely knowledgeable in relation to childcare issues, and very sensitive in his approach."

Chambers UK 2022 comment that he is an experienced advocate who handles public law and private children matters.   He regularly acts for parents, local authorities and interveners in cases that concern serious sexual abuse allegations, non-accidental injuries and fatalities. He has recently appeared before the Supreme Court.  His strengths: "He is exceptionally dedicated, always well prepared and has an impressive ability to make the difficult look easy." "His ability to apply the extensive knowledge he has to a case and communicate the advice in layman's terms is a great strength, and it puts the Client at ease."

In previous editions Chambers UK notes that he “is very experienced in the work he does, down to earth, as well as assertive and matter of fact”.  Previous editions reported that "I would struggle to find a better trial advocate, he is fantastic at cross-examining. He is also very approachable and very good at working as a team, and the quality of his paperwork is second to none,"  and that "his advocacy and attention to detail were outstanding - the amount of detail and knowledge of the case he displayed was particularly impressive."  "He is very fair thorough."

Paul is a section 9 (4) Deputy High Court Judge assigned to the Family Division and the Court of Protection.  He has been a Recorder of the Crown Court since 2005 and a Family Court Recorder since 2008. Paul has been a Bencher of Gray's Inn since 2013 and was the Leader of the Wales and Chester Circuit from 2017 to 2020.

Paul was approved counsel on the Welsh Government Panel of Advocates under the category of Family and Children Law from 2009 to 2013. In July 2017 he was appointed again until his retirement from the Panel in 2021. Paul is a case reviewer for the Bar Pro Bono Unit. He has also acted as a member of the combined Bar Council / SRA fees appeal tribunal. Paul was formerly director of Family Contact (Cardiff) for over 10 years and has also been an External Examiner on the Cardiff University Law School B.P.T.C. course.

Before coming to the Bar, Paul acquired extensive experience, in a residential social worker capacity, in working with deaf people and people with learning disabilities and mental illness.

Paul is a Welsh speaker and member of the Gorsedd who is married with one son.