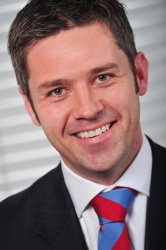 Owen specialises in criminal law. He is regularly instructed to appear for both the prosecution and the defence in cases involving homicide, serious violence, rape and serious sexual offences and large-scale drugs conspiracies.

Legal 500 2021 has ranked Owen as a Tier 1 practitioner and a Leading Junior.  They comment that he is "an all-round barrister able to deal with all types of serious cases, who connects with clients."

In previous editions of the Legal 500 he has been "recommended for cases involving murder, serious sexual offences and gross negligence manslaughter".

In 2019, Owen prosecuted as Leading Junior Counsel in the manslaughter case of R v Higgins.

In 2017, Owen defended as junior counsel in the case of R v Pike and Pike, a gross-negligence manslaughter prosecution arising from a fatal accident that occurred during the commercial activity of removing golf balls from golf course lakes in South Wales.

In 2014, Owen defended as junior counsel in the case of R v Malcolm Fyfield and MNS Mining Ltd, the gross-negligence manslaughter prosecution arising from the Gleision Colliery mining disaster of September 2011.

He is a Grade 4 prosecutor and is on the Specialist Panel for Prosecuting Rape and Serious Sexual Offences (RASSO).

Additionally, Owen has experience of prosecuting and defending in a wide range of cases brought by local authorities and government departments.

Owen is regularly instructed to deal with applications made pursuant to the Proceeds of Crime Act [2002].

Throughout his career he has prosecuted and defended in cases prosecuted by the Driver and Vehicle Standards Agency (formerly the Vehicle Inspectorate/Vehicle and Operator Services Agency) - appearing in the Magistrates’ Court, Crown Court and the High Court.  He has also represented parties at Traffic Commissioner public inquiries and has dealt with many animal welfare prosecutions in both the Magistrates’ Court and Crown Court

Owen was educated at Cardiff University and Cardiff Law School. He is a member of the Criminal Bar Association.

Owen is a member of Neath Athletic RFC, Llanishen RFC and Crawshay’s Rugby Club.  For several years he has coached mini and junior rugby at Llanishen RFC.

“An all-round barrister able to deal with all types of serious case, who connects well with clients’’ – The Legal 500 2020.

Counsel at 9 Park Place are an obvious choice for all family law matters. Their members are hugely experienced and readily available to support us as a practice and our clients when needed.
- Family law solicitor