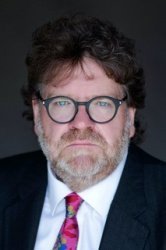 Owen Thomas Q.C. is the head of the family team and undertakes cases involving all aspects of family law.

Recent cases of note in the court of appeal, the high court and the county court have involved allegations of murder, rape, other sexual abuses, incest, factitious and induced illnesses, non-accidental (including head) injuries, burns, chronic and severe neglect and serious emotional harm. He has appeared in a number of cases in which children (as victims and perpetrators) have given evidence and in many more where there has been a contested issue of whether they should do so or not.

He is recommended as a "Leading Silk" by The Legal 500 2021 they comment: "An experienced family law generalist."

Consistently ranked in the legal directories, Previous editions mention that he comes "highly recommended for a broad spectrum of family law matters" and previous editions confirm that "his practice encompasses all areas of family law" and that ‘he has a broad practice including public law care proceedings,’ highlighting a case involving forced marriage and honour-based violence.

Before taking silk in 2018 he had been ranked within the first band of leading juniors on Circuit in family law by Chambers UK for many years.

Previous editions reported that he is "a wonderful advocate" and "a safe pair of hands who is approachable and very good at his job" that he "handles a full range of family law matters but primarily acts on complex and sensitive childcare proceedings, including non-accidental injury and serious neglect cases." "Always effective in terms of the case he puts on behalf of his client. He is very calm and measured and able to communicate effectively at all levels,"

Amongst his key strengths are that "he is never ruffled by anything - he makes the most complex matters look easy and relaxes clients with his approach." "Outstanding advocacy: he was incredibly impressive in the courtroom."

In previous editions he has been described as a "good choice for children", as possessing “sound judgement and a nice manner with clients" and as "a fighter with a real gift for oratory."

From Burry Port, he was educated at Ysgol Gyfun y Strade in Llanelli and read law at Wadham College, Oxford before going on to the Inns of Court School of Law in London.  A fluent Welsh speaker, Owen is able to undertake cases in the Welsh language.