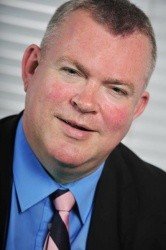 Owen is an ADR Group accredited Civil and Commercial Mediator as well as handling a broad range of contractual disputes including building and construction work.  In the field of landlord and tenant Owen regularly appears for both lessor and lessee.  He has recently appeared in the High Court involving a Commercial Lease in Cardiff which involved both injunctive proceedings and subsequent hearings involving damages for breach of the terms of the lease. Owen undertakes a wide range of tribunal work.

In the Lands Tribunal Owen has recently appeared in cases involving title to registered land and the ownership of common land.  Owen was involved in a dispute over a water supply and right of way which included prohibitory injunctions as well as an environmental dispute in which there were also issues of trespass and nuisance.

In Disciplinary Tribunals Owen appears for both employers and employees.  He recently handled a dispute between a school headteacher and a Local Authority employer and represented a social worker at a hearing conducted by the Care Council of Wales concerning its practice.

Owen regularly acts in Insolvency matters both for Respondent and Petitioning Creditor.   He was recently involved in a multi million pound dispute about assets both in the United Kingdom and in Dubai.   Owen acts in Partnership and Company disputes.  He has recently been involved in a case involving a multi million pounds partnership dispute where the one shareholder was petitioning for the Company to be wound up.   Matters were concluded by the Company buying up the Petitioning Creditor’s shares to allow the Company to continue to trade.

In Personal Injury matters Owen is used to representing both Claimants and Defendants.   In addition to road traffic cases he undertakes work in employment related accidents which include deafness and asbestosis.   He appeared for the Claimant in a Court of Appeal case of Keir –v- Morrisons Supermarket Ltd where the Court of Appeal upheld damages awarded to the Claimant for liquid gas burns suffered whilst filling his vehicle with petroleum gas.

Owen is able to undertake cases or mediations through the medium of welsh.

Public Access
Follow us on Twitter
TV cameras to film in criminal courts for first time in major law change https://t.co/CWzwS2Ijs0
12 days ago
Family courts: One fifth of divorces wrongly ending up in court - top judge https://t.co/G1AYLjRiue
2 weeks ago