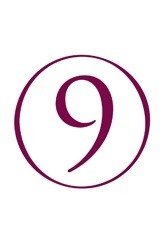 A member of the Wales and Chester Circuit, Michael is a family and criminal law barrister. He specialises in all aspects of crime, acting for both the prosecution and defence. He also undertakes a wide range of regulatory law cases and is recommended as a Leading Junior by Legal 500 2016 as "an expert in licensing matters"

Michael has undertaken a large amount of work as junior counsel instructed by the Crown Prosecution Service Complex Casework Unit including Regina v Timothy Nikolai for car finance fraud and Operations Panama Canal, Clinch, Firkin, Stockport and Hallin Fell involving class A controlled drug conspiracies. This work has entailed significant experience in the areas of Proceeds of Crime and Public Interest Immunity/Disclosure. Michael also represents prisoners in hearings before the Parole Board.

Some of Michael’s most recent work includes representing one of four defendants involved in a gun-point armed robbery and representing one of three defendants who pleaded guilty to a series of house burglaries including one aggravated burglary in which the householder was beaten and tied-up. Michael also appeared for the Crown in the case of a police officer charged with dangerous driving whilst on duty and acted as disclosure junior for the Crown in an historic murder case.

Michael was educated at Brynteg Comprehensive School, Bridgend before going on to study at the University of Southampton and Cardiff Law School.

Appointment of Junior Counsel to the Crown