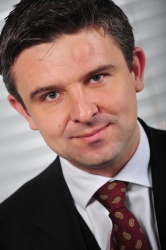 Matthew is an experienced barrister specialising in all aspects of criminal work.  The Legal 500 2021 edition comment that he is "particularly adept at prosecuting serious drug or sexual offences."  Previous editions of The Legal 500 recommends him as a leading junior whose "broad practice covers murder, fraud and sexual offences matters" and is recommended for "sensitive serious sexual offences cases" and as being "experienced in cases involving historic sexual abuse."

Representing both prosecution and defence, Matthew has experience of high profile and sensitive matters. Recent notable cases include R v Terrell (2008) 2 CR App R (s) 49 CA where the court “…was particularly concerned with sexual offences prevention orders and the assessment of dangerousness but made the all-important point of general application that , in assessing future dangerousness, a sentencer should consider all the other sentencing options and ask whether the imposition of any of them would sufficiently address the risk presented by the offender as to mean that the criteria for dangerousness are not met.” per Archbold 2011 5-306b.

In R v Howell Matthew successfully prosecuted the defendant who had stolen several hundred thousand pounds from her employer over a period of several years. In R v J and K he successfully represented a teenager who was jointly charged with another teenager of raping a teenage complainant. In R v Halai Matthew successfully prosecuted a postmaster who, together with his accomplice, had stolen over £80,000 from the Post Office by staging a fictitious robbery.

Mathew is a Grade 4 CPS prosecutor and is on the panel of approved advocates for prosecuting rape cases. A fluent Welsh speaker, he is able to conduct trials in Welsh. He is a member of the Criminal Bar Association.

Matthew was educated at Ysgol Gyfun Gymraeg Glantaf before going on to study law at Exeter University, criminology and criminal justice at Cardiff University and then the Bar Vocational Course at Inns of Court School of Law.