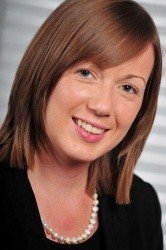 She was then assessed as “Outstanding” on the Bar Vocational Course at Cardiff where she attended as a Gray’s Inn Bedingfield Scholar (2009).

Kayleigh has experience of acting in cases involving allegations of all types of “significant harm”. She is instructed on behalf of parents, grandparents, Local Authorities and Children’s Guardians. Recent cases include:

Re: S and A – Acting for a Father accused of serious sexual assault on his children.

Re: S and Re: C – Acting for parents contesting Adoption Orders.

Re: A – Representation of the Father of a transgender child.

Re: G – Acting for the Father in a complex case where the Final Hearing took place in the absence of the Mother, as she was sectioned under the Mental Health Act, following her possible involvement in murder and arson.

Re: L – Acting for a Mother who fled the jurisdiction and gave birth abroad shortly after Care Proceedings in respect of her older children had concluded.

Kayleigh regularly undertakes private law children applications, including cases involving serious allegations of abuse and those with issues around removal from the jurisdiction, internal and international relocation. Recent cases include:

Re: R – Opposing an application by a Mother to relocate with the child to a EU country.

Re: E – Acting for a Father in a case where the Mother’s implacable hostility resulted in the Local Authority becoming involved and placing the child with the Father.

Re: L and J – A case concerning a Mother who made serious allegations of sexual abuse against the Father. Following findings of fabrication, Care Proceedings were initiated.

Kayleigh has experience of Judicial Review proceedings and is often instructed by Local Authorities to advise in respect of the same, where a proactive approach can often result in matters being settled or diverted prior to an application being lodged.

Recent examples of her Judicial Review work include:

Re: J – Advised regarding provisions for care leavers.

Re M – Advised in respect of the carrying out of further age assessment in light of new information.

Re: X – Advised on a Local Authority’s legal obligations in respect of educational provision.

Kayleigh handles all aspects of divorce and Financial Remedy proceedings, including applications made due to non-compliance with final Orders.

Kayleigh regularly deals with a broad range of civil work encompassing written advice, the settling of pleadings and the representation of parties at Court. She also has experience of cohabitation disputes between unmarried couples pursuant to the Trusts of Land and Appointment of Trustees Act 1996.  Kayleigh is also able to advise and represent parties in respect of claims brought under Schedule 1 to the Children Act 1989.