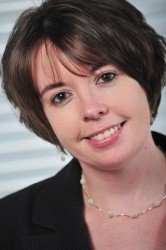 A member of the Family Law Bar Association, Kate practises in family law, predominantly in public law care cases and private law child arrangement cases. She undertakes ancillary relief work and has an interest in the wider scope of family matters including cohabitation disputes, education law, Inheritance Act claims and Court of Protection work. She is recommended as a Leading Junior by The Legal 500 2017, which reported that she is "known for handling cohabitation disputes alongside her public and private law children work" and the previous edition which commented that she is "an expert in both private and public law children cases."

Kate has a sensitive yet firm approach making her a real favourite with both professional and lay clients. She has extensive experience within the Family Court, regularly appearing before all levels of judiciary.

Some of Kate's most notable cases include involvement in the first instance decision of a case which became one of the leading authorities on the choice between Special Guardianship and adoption, and the representation of a Guardian before the Principal Registry of the Family Division in a case involving the removal of children from the jurisdiction to France. The latter case involved the interplay and conflict between The Hague Convention and Brussels (II) (Revised) Regulations.

In addition to her work through chambers, Kate develops her legal interests through articles and case comments. Her article on the potential for divorce petitions to be removed from the court arena was recently featured on the Jordans Family Law website, and she has been invited to contribute a regular monthly column. Kate is also involved in chambers' seminar programme, both attending and delivering lectures. She supports the development and future of the Bar by giving her time to mentor current BPTC students and being involved in advocacy training through Gray's Inn. She has participated in career days intended to promote the Bar to university students.

Kate was educated at Risca Comprehensive School and Gwent College of Further Education before going on to study at the University of Oxford and Cardiff University.

Public Access
Follow us on Twitter
Life at the Young Bar report https://t.co/TIlCA9cYW9
19 hours ago
Catalonia to pardon up to 1,000 people accused of witchcraft | Catalonia | The Guardian https://t.co/6ZBwidpyA2
2 days ago

9 Park Place's ‘very friendly and approachable’ family team has particular strength in care work, and is increasingly diversifying into other areas such as financial remedy, TOLATA and Court of Protection matters
- Legal 500