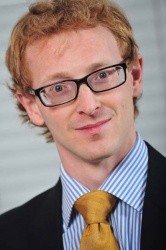 Joseph currently accepts instructions in Civil Litigation, Immigration and Employment cases. In 2017 he was appointed to the B Panel of the Welsh Government's Panel of Approved Counsel and to the Attorney General's Civil Counsel Regional Panel.  He was re-appointed to both Panels for a further five years from 1st March 2021.

He is experienced in a broad range of civil litigation where he regularly appears in the County Court and he was recently instructed in a Chancery Division insolvency application arising out of a construction contract. His current and recent caseload includes instructions covering:

He has extensive experience in asylum and immigration appeals in the First-Tier and Upper Tribunals. Additionally, he has Public Law experience gained in cases where he has been instructed on behalf of appellants in judicial review applications, including applications for emergency injunctions. He has also been instructed by the Secretary of State to review and draft Grounds of Appeal against Tribunal decisions. His immigration experience includes:

Joseph was educated at Caerleon Comprehensive School. He studied Philosophy, Politics and Economics at Jesus College, Oxford, before converting to Law at Oxford Brookes. He is an Astbury and Diplock Scholar of the Middle Temple.

Joseph joined chambers following the successful completion of pupillage during which he was pupil to Emyr Jones, Christopher Felstead and Lisa Thomas.

9 Park Place's ‘very friendly and approachable’ family team has particular strength in care work, and is increasingly diversifying into other areas such as financial remedy, TOLATA and Court of Protection matters
- Legal 500