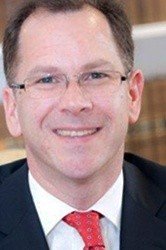 A leading practitioner in the field of children’s law, John is highly experienced and sought after. He regularly appears for local authorities, parents and guardians in all types of cases at all levels and has resultantly been recommended as a leading practitioner by Legal 500 and Chambers and Partners. In the latter, he has been described as ‘One of the most gifted cross – examiners you will see in a Courtroom’. John also has experiences of representing all parties in the vulnerable adult jurisdiction of the High Court.

His ability to decipher complex medical cases has led to his involvement in complex, controversial and sensitive cases, including those of alleged ‘shaken baby’, factitious and or induced illness, alienation and sexual abuse. John is recognised for his ability to understand the intricate science in such cases. He has lectured at Jordan’s national conferences on aspects of expert evidence in child abuse cases, as well as chairing the major Children Law and Practice Conference in 2012.

Some of his most recent cases include successfully representing the Local Authority in Warwickshire CC v TE and others in 2010, linked to the appeal in Re S in the same year. This was a complex and highly anxious case of ‘parental alienation’, attracting national press interest. John also acted on the case of T-J (Children) EWCA Civ 325 in the Court of Appeal in 2010, representing the mother in relation to the issue of post-adoption contact. He also represented the mother in Re CA (A Baby) [2012] EWHC 2190, where he obtained damages for her for breaches by the Local Authority of her human rights. The case is now the leading authority on the proper use of section 20 CA1989 ‘voluntary agreements’. So far in 2012, John has achieved the dismissal of two sets of care proceedings against his clients, one accused of serious multi generational sexual abuse, the other accused of fracturing his baby’s skull and ribs.

John was educated at Oxford University, graduating in 1993 and went on to complete his legal studies at the Inns of Court School of Law in 1994. He took Silk in 2012 making him one of the youngest Silks ever appointed in the Division.

John’s memberships include Gray’s Inn, the Midland Circuit, the Family Law Bar Association and the Association of Lawyers for Children and the Legal Action Group.