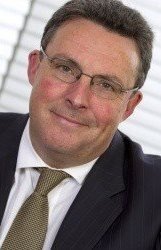 James specialises in Criminal Law. His background has primarily been focused on defence, but he also prosecutes. He has appeared at all levels of court up to and including the Court of Appeal.

Before joining 9 Park Place, in June 2012, James was a member of Temple Chambers, and was the senior partner in another well-known criminal firm of solicitors in Cardiff prior to that.

Educated at the Polytechnic of London, now the University of Westminster, James went on to study law at the College of Law. He is a Grade 2 Crown Prosecutor.