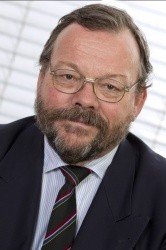 A member of the Criminal Bar Association, Hilary has been a specialist criminal law practitioner for the last twenty years.

His representative cases include Attorney-General's Reference (No. 152 of 2002) [2003] EWCA Crim 996; [2003] 2 Cr App R 18; [2004] 1 Cr App R (S) 1: sentencing guidelines for the offence of causing death by dangerous driving and careless driving when under the influence of drink or drugs. Another notable case includes R v L; R v J (Deferred Sentence) [1999] Crim LR 236: an order deferring sentence amounts can be appealed or referred to the Court of Appeal by the Attorney-General.

He was educated at the University of Wales, Aberystwyth before sitting his Bar Final Examinations at the College of Law, London.