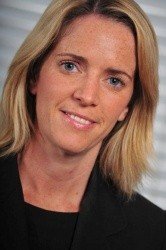 An experienced barrister whose practice includes civil, employment and regulatory law. Helen has been appointed to the List of Specialist Regulatory Advocates in Health and Safety and Environmental Law, maintained by the Health & Safety Executive. Her practice includes many prosecutions brought by Trading Standards, in particular in the area of animal health and welfare. Helen also conducts cases brought by the DVLA, Companies House and the Department of Work and Pensions.

Helen's civil work includes all aspects of civil law including landlord and tenant and housing law, judicial review, insolvency and personal injury. She has also conducted many cases at the Employment Tribunal representing both claimants and respondents.

Recent notable cases include appearing for the local authority at the High Court as junior counsel in a judicial review of the decision to close local Magistrates Courts. Helen also appeared at the High Court for the DVLA in the case of Alun Griffiths (Contractors) Limited v DVLA (2009) EWHC 3132 (Admin) relating to the definition of 'road' for the purposes of the Vehicle Excise Registration Act 1994.

With a personal and thorough approach, Helen is a fluent Welsh speaker and regularly conducts cases in Welsh.