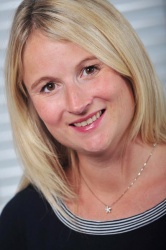 Elizabeth is currently on maternity leave and is not available to accept instructions.

Chambers UK 2017 reports that she “Has an impressive reputation on both the defence and prosecution sides"  whilst the 2016 edition recommends her as a leading junior saying that "her work regularly sees her dealing with children and other vulnerable witnesses and defendants and that "she fights very hard for her clients."

The Legal 500 2016 also recommends her in Band 1 of the leading juniors reporting that she is "highly experienced in cases involving serious sexual offences and dishonesty issues." whilst the 2015 edition praised "her wide-ranging practice covers serious crimes, including sexual and violent offences."

Elizabeth’s recent most notable cases include R v C and C (2011) defending a man charged with carrying out a campaign of serious sexual abuse against members of his family for over 30 years. She also defended a London man charged with Conspiracy to Supply heroin as part of Operation Versailles. He was acquitted after Elizabeth successfully challenged the propriety of police identification procedure – R v Okunola (2011).

A member of the Criminal Bar Association and a Category 4 CPS Prosecutor, Elizabeth is regularly recommended in legal directories as a leader in her field of crime, including the 2012 edition of Chambers and Partners UK. She is described by Legal 500 as ‘adept at handling sexual offence cases’ and ‘good with clients, especially young ones’