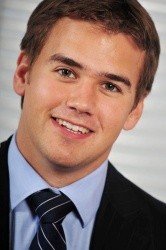 Gareth is a specialist family law barrister providing advice and representation in all aspects of children law and family finance matters.   He has been appointed to the A Panel of the Welsh Government Panel of Approved Counsel.  His appointment runs for five years from 1st March 2021.

Chambers UK 2022 comment that Gareth is an experienced barrister undertaking a full spectrum of family law cases, including private and public law children matters.  He regularly deals with the most serious of allegations, including sexual abuse.  Strengths: "Clients will immediately be put at ease and feel comfortable with him and his advice.  He's methodical and thorough and will work his way through everything."  "He's very persuasive in court." "He is a very skilled and calm advocate who performs well in stressful circumstances."

In previous editions  Chambers UK  notes, "he is exceptionally good with clients and very thorough."  They have  reported that he is "a talented junior barrister who focuses on family law. Has a diverse practice incorporating public and private law care work as well as divorce and financial disputes.  "He is very, very professional, measured, pragmatic and thorough." "He is so responsive and the clients love him. He does a really fantastic job."

Gareth is listed by The Legal 500 2021 as a "Leading Junior" in Child Law (Public and Private) and that he is "Excellent in both children matters and financial remedy cases."

In October 2020 he was appointed a Recorder of the Family Court. He sits in the various court centres of South Wales.  Gareth is authorised to sit in both private and public children matters.

Gareth has a wide experience of family practice and routinely deals with complex and/or acrimonious private law children applications, including cases involving allegations of sexual assault or domestic violence.  Gareth has also represented clients in a number of international and internal relocation cases.

Gareth has an established practice in public law applications and regularly represents parents and local authorities in the Family and High Court in respect of complex care and placement order applications.

Gareth handles all aspects of divorce and Financial Remedy proceedings.  Gareth has represented a broad spectrum of clients, bringing the same professional approach to clients with a high level of assets, as to those with more modest means.  Gareth has successfully represented clients in arguments of jurisdiction before the High Court.
Gareth has handled a broad range of civil work encompassing written advice, the settling of pleadings and the representation of parties at court, and in the civil law context, now focuses on cohabitation disputes between unmarried couples pursuant to the Trusts of Land and Appointment of Trustees Act 1996.  Gareth is also able to advise in respect of claims brought under Schedule 1 to the Children Act 1989.

Re C – Private law children application, involving serious allegations of sexual abuse and domestic violence against Father.  Father was successfully defended from the allegations and contact to child was restarted.

Re G - High Court private law application to permanently remove the child from the jurisdiction to Dubai.  Father successfully received permission to relocate.

C v I – Securing an extremely advantageous settlement for a wife and children in a high profile and acrimonious divorce involving significant litigation obstruction from the husband.

Y v Y – Contested divorce between Sri Lankan nationals in the High Court, where the issue was one of jurisdiction – habitual residence/domicile.

Re K – Application by a local authority to invoke the Inherent Jurisdiction of the High Court to deprive a teenage child with significant learning disabilities of her liberty.

Re Z – Application by the local authority for care orders in respect of children in circumstances where the client had committed serious sexual offences against a number of her children.

Gareth was educated at Cardiff University and is a former Army officer, having served two operational tours of Iraq.​

The criminal team at 9 Park Place Chambers can always be relied upon to handle the most demanding and sensitive of cases.  They leave no stone unturned in doing their utmost for the client.
- Criminal law solicitor