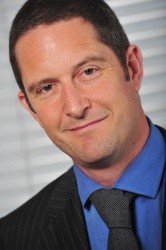 David was appointed Leader of the Wales and Chester Circuit on the 1st January, 2020.

David specialises in all aspects of serious crime and is recommended in his field by Chambers UK and The Legal 500. The Legal 500 ranks David as a Tier 1 practitioner for both Crime and Regulatory, health and safety and licensing. The 2018 edition reports that he is "very experienced in murder, serious sexual offences and drugs conspiracy cases" as well as being "highly experienced in health and safety cases."

Chambers UK 2019  and 2020 recommends David as "a respected silk who has a strong practice in all aspects of criminal law. He acts in serious and complicated cases including those concerning sexual offences, homicide and drug conspiracies" and notes that "he is a very thorough and knowledgeable advocate" who is "very well regarded by the judiciary and by his peers, that "he conducts prosecutions for the CPS and HSE and he defends cases against Environment Agency prosecutions" and that "he has a wealth of experience in the big cases and exudes an aura of confidence."

Chambers UK 2020  also comments  "His advocacy style is as smooth as silk.." and  "He is a very good communicator and very pleasant in the way he deals with people."

With excellent cross-examination skills, a clear and considered approach and a good manner with the jury, David has developed a strong practice in criminal law with recent notable cases including the prosecution of John Cooper in 2011 for four murders as well as rape and attempted robbery. David was lead junior in the case at Swansea Crown Court which attracted significant media attention.

David has also defended in a number of Cardiff’s largest drug conspiracy cases over recent years and successfully defended David George, a hotel owner, prosecuted for Companies Act offences by the Department of Business, Enterprise and Regulatory Reform.

David was educated at Malvern College before going on to study at St Catherine’s College, Cambridge and Inns of Court School of Law. He is a member of the Criminal Bar Association.