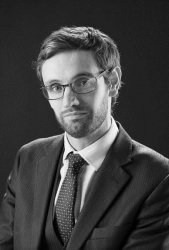 Dafydd is an experienced Family Law practitioner specialising in public law and the Court of Protection. He is a fluent Welsh speaker and can conduct cases in Welsh.

Dafydd is instructed by Local Authorities, parents, interveners and guardians in all types of complex cases, including those involving serious allegations of inflicted physical injury and sexual abuse.  Dafydd has considerable experience of representing vulnerable clients, including those with learning difficulties, mental health issues and serious addiction problems.  Possessing a calm and reassuring manner, Dafydd is able to put nervous and vulnerable clients at their ease in what can be an intimidating environment.

Court of Protection and Secure Accommodation

Dafydd is regularly instructed in proceedings in the Court of Protection, often involving the lawfulness of the deprivation of liberty. He has also acted in a number of cases in the High Court, where the inherent jurisdiction has been invoked. He also acts in cases involving applications for children and young people to be placed in secure accommodation.

Re: G [2019]: Dafydd represented a local authority in public law proceedings concerning a child, whose carer was terminally ill. The case began in the Family Court and was eventually resolved by an application to the High Court under the inherent jurisdiction.

Re: I [2020]: Dafydd represented a father in care proceedings who faced allegations of rape, where he argued that he suffered from a rare sleep disorder and was unaware of his actions. Following a lengthy finding of fact hearing that included complex expert evidence, the allegations against him were not found to be proven.

Re: C [2020]: Dafydd represented a parent in care proceedings, who was in the pool of potential perpetrators concerning significant injuries to an infant. Both parents were exonerated following a two-week fact-find and findings made against an intervener.

Re: K [2021] Dafydd represented an intervenor who faced allegations of inflicting non-accidental injuries upon an infant, with other respondents represented by Queen’s Counsel. No allegations were found proven in respect of his client.

Prior to qualifying as a barrister, Dafydd was a canoe slalom athlete, competing internationally for Wales and Great Britain.