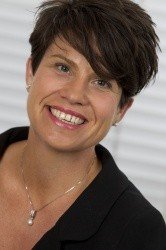 Christina is an experienced barrister who specialises in family law. Formerly an employed barrister with two local authorities, where she was senior lawyer in their childcare teams, she returned to the independent bar in 2002.  She is recommended by The Legal 500 2016 as a leading junior, who "specialises in public law children cases." The 2015 edition reported that she “represents parents, children and guardians in care cases involving physical and sexual abuse,”

With a personal and thorough approach, Christina practises in public law in respect of children, acting for parents, local authorities and for children. She has successfully handled many complex cases including matters of non-accidental injury and sexual abuse.

Christina studied Law at the University of Wales, Aberystwyth graduating in 1992 and went on to complete her postgraduate diploma in law and Bar Vocational Course at the Inns of Court School of Law in 1993.

As a Mother of four young children including triplets, Christina is very approachable and clients praise her ability to communicate complex issues in a straight forward way.