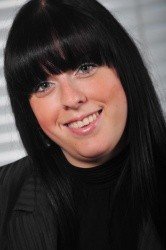 Cerys currently accepts instructions in Civil Litigation, Regulatory and Family Finance matters. Her Civil Litigation practice covers traditional Chancery work, including Trusts and Land disputes as well as Commercial disputes featuring Landlord and Tenant and Insolvency.  She has been appointed to the A Panel of the Welsh Government Panel of Approved Counsel.  Her appointment runs for five years from 1st March 2021.   In 2019 she was appointed to the Equality and Human Rights Commission Panel of Approved Counsel.

Additionally, she is experienced in Housing matters and in 2016 she appeared in the Civil Division of the Court of Appeal on behalf of the Appellant tenant  in the case of Lee (Flowers) v. Cardiff County Council, in a case which considered the interpretation and scope of changes to Part 83 of the Civil Procedure Rules relating to the issuing of warrants of possession that were brought in to force in April 2014.

She is recommended by The Legal 500 2018 (Tier 1) for her Property work particularly "building disputes and adverse possession matters" whilst the previous edition recommended her as being "very experienced in housing matters."

She accepts instructions in public access matters in appropriate cases relating to civil litigation only.