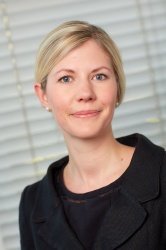 Cadi joined 9 Park Place in 2015 from Angel Chambers in Swansea. She specialises in family and regulatory law.

Cadi regularly represents parents in care proceedings involving allegations of neglect, sexual abuse, and non-accidental injury, and has acted on behalf of Local Authorities and on behalf of the child at all stages of proceedings.

Cadi’s private children practice encompasses applications under the CA 1989 and the FLA 1996, she is experienced in dealing with vulnerable clients including those lacking capacity and victims of domestic violence. Cadi has a particular interest in applications for leave to remove from the jurisdiction.

Cadi’s practice encompasses all areas of regulatory and disciplinary misconduct hearings, particularly in the fields of education and health.

Cadi has successfully defended individuals in misconduct proceedings involving allegations of bullying, misappropriation of funds, racism, and sexually inappropriate behaviour before the National College for Teaching and Leadership and the General Teaching Council for Wales. She has acted on behalf of those in positions of leadership and has successfully defended registrants in high profile cases attracting national media interest, including the Birmingham Schools ‘Trojan Horse’ cases.

Cadi has been recognised as a highly effective advocate and as such is frequently instructed on behalf of the national regulators in fitness to practice hearings including the Education Workforce Council (previously GTCW), and the Health and Care Professions Council. Additionally she previously sat as the legal advisor to the lay panel of School Admissions appeals.

Cadi is available to provide written advice and submissions and has experience of successfully resisting inclusion on the adult and children’s barred list of the Disclosure and Barring Service.

Public Access
Follow us on Twitter
The Divorce, Dissolution and Separation Bill: An End to the Blame Game? Our pupil barristers Henry Pring and Sophie… https://t.co/UXSxfKvLOL
3 days ago
Message from FRC Deputy National Lead Judge re: Digitised Consent Orders: https://t.co/k1lF4TVC1V
5 days ago